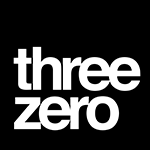 By buying this product you can collect up to 189 points. Your cart will total 189 points that can be converted into a voucher of £1.89.

Each DLX Scale Collectible figure features intricately detailed sculpts, a high range of articulation, LED illuminated details, die-cast metal parts, and the expert paint weathering that 3A & 3Zero is known for - all at a smaller scale and lower price point!

Description: 2 Payment Plan. Pay 50% now and 50% in 30 days. Item will ship when the balance is paid in full. Choose 'Partial Payment' as your payment method to use this plan. Alternatively choose 'Credit Card' as your payment to pay in full and have the item ship immediately.

Prime 1 Studio
P1SMMTFM-33S
£4,119.99
There's no doubt in our mind that Jetwing Optimus Prime will quickly become a legendary grail piece. So, what are you waiting for? Expand your Transformers: Dark of the Moon collection and get yours today!Product Specifications:- Statue Size approx. 41 inches tall [H:103.8cm W:101.7cm D:67.3cm]- Transformers: Dark of the Moon themed Base featuring The...

ThreeZero
3Z0166
£319.99
The ancient Decepticon Seeker who chose to side with the Autobots and sacrifice his spark to Optimus Prime to aid in the defeat of The Fallen, Hasbro and threezero proudly present the long-awaited Jetfire from the Transformers: Revenge of the Fallen film as the next figure in the Transformers DLX Collectible Figure Series!DLX Collectible Figures present...

Prime 1 Studio
P1SMMTFM-32
£1,299.99
Following our classic statue shown for the first time in 2014, standing about 25 inches tall. Prime 1 Studio is proud to unveil the 15 inches tall in all its magnificence: GRIMLOCK!Grimlock took center-stage in the 2014 Transformers film, Transformers: Age of Extinction. The heroic Dinobot took Optimus Prime to the test, to see if he could prove to be...

Prime 1 Studio
P1SMMTFM-31
£1,049.99
Prime 1 Studio is proud to present the MMTFM-31: Scorponok from the monumental debut film Transformers,Directed in 2007, Transformers was the first live film adaptation of the series. It was the 28th highest-grossing film of all-time at the time of its release and the fifth highest-grossing film of 2007. The movie features a war on planet Earth between...

ThreeZero
3Z0164
£194.99
Hasbro and Threezero are pleased to announce that our popular Bumblebee collectible figure from the film Transformers: The Last Knight will be available soon for the first time in Threezero's DLX series!Features:- Officially Licensed by Hasbro and TakaraTomy- Approximately 8.5" tall (~216mm)- LED illuminated Eyes *- Die-cast metal frame- ~60 Points of...

PCS
PCS906421
£269.99
Sideshow and PCS Collectibles present the Shockwave Classic Scale Statue, ready to shock your army of Transformers collectibles.The Shockwave Classic Scale Statue measures just over 9" tall on a rubble-covered Decepticon logo base. This cold and calculating enemy of the Autobots aims his arm cannon, ready to defeat his emotion-driven enemies with logic...

ThreeZero
3Z0162
£584.99
Hasbro and Threezero are proud to present the courageous leader of the Autobots, Optimus Prime as the next exciting character in the Transformers PREMIUM Collectible Figure Series!Premium Collectible Figures are Threezero’s top of the line large-format collectibles featuring ultra-detailed sculpts, extraordinary amounts of articulation for maximum...