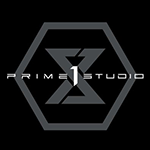 By buying this product you can collect up to 2524 points. Your cart will total 2524 points that can be converted into a voucher of £25.24.

The Terminator is the first work in the franchise. It stars Arnold Schwarzenegger, Michael Biehn and Linda Hamilton. The Cyberdyne Systems Series 800 Terminator also known as T-800, is a type of Terminator mass-produced by Skynet. It was Skynet's first cybernetic organism, with living tissue over a hyper alloy endoskeleton. This made it Skynet's first successful Infiltrator unit capable of infiltrating the Resistance. The T-800 Terminator, a cyborg assassin, sent back in time from 2029 to 1984 to kill Sarah Connor, whose son will one day become a savior against machines in a post-apocalyptic future.

Featuring the likeness of the actor Arnold Schwarzenegger, the statue captures a famous shootout scene at the police station. The statue is made of high-quality materials, to give a more realistic look and feel the head is using premium grade silicone. The detail of each part including the leather jacket is pure perfection. The weapons: SPAS-12 and AR-18 in both hands are also precisely reproduced with a high attention to details. In addition, the eyes are equipped with the LED light-up function, so they look as if they are aiming at a target.

Chronicle
CHCOTF1001
£529.99
The Terminator saga is back! And, in celebration of the onscreen reunion of Arnold Schwarzenegger and Linda Hamilton, we're thrilled to bring to collectors our T-800 1/4-Scale Statue from the film "Terminator: Dark Fate." Standing at a menacing 46 cm in overall height and cast in sturdy polyresin, this statue depicts a bearded Schwarzenegger as the aged...

Prime 1 Studio
P1SHDBT1-01
£399.99
We may still be able to obtain this statue. Please contact us for availability &amp; price. Prime 1 Studio is proud to present 1:2 scale HDBT1-01: T-800 Endoskeleton Head Bust from The Terminator (1984 Film). The Terminator is the first work in the Terminator franchise and the first film of the movie series. The Cyberdyne Systems Series 800 Terminator...