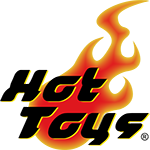 By buying this product you can collect up to 530 points. Your cart will total 530 points that can be converted into a voucher of £5.30.

Following a series of events of Captain America: Civil War, Peter Parker struggles in returning to his routine life as a high schooler until the Vultures' arrival gives him the chance to prove himself as a web-slinging superhero. Inspired by Marvel Studio's Spider-Man: Homecoming, Sideshow, and Hot Toys proudly present the latest quarter-scale Spider-Man collectible figure with excellent craftsmanship.

Marvel fans, be sure to pick-up the fantastic 1:4 scale Spider-Man collectible figure to add to your expanding Marvel Cinematic Universe collection!

Meticulously crafted based on the battling suit given to Peter Parker by Tony Stark, the incredibly detailed Quarter Scale collectible figure features a newly developed masked head sculpt with five pairs of interchangeable eyepieces to create numerous combinations of Spider-Man's expressions, a newly developed interchangeable head sculpt with likeness of Tom Holland, and a newly developed specialized body stands approximately 43.5cm tall. The figure boasts an expertly crafted, tailored and greatly detailed costume, a pair of magnetically attachable web-wings, an array of accessories including a Spider Drone, projection mapping, a smartphone, a backpack, a Spider-Man mask, a variety of spider-web shooting effect parts, and a LED light-up diorama figure base with two lighting modes inspired by the showdown between Spider-Man and The Vulture.

Hot Toys
HOT905801
£234.99
Specialized stormtroopers of the Empire, Incinerator Stormtroopers wield flamethrowers and are equipped with heat-resistant armor. In The Mandalorian, Moff Gideon commands this dangerous soldier to flush out the Mandalorian and his friends from the cantina with devastating power.Further expanding the collectible series of the highly acclaimed, The...

Hot Toys
HOT905776
£274.99
In the popular animation series Batman: Beyond, Terry McGinnis becomes the Caped Crusader in a futuristic Gotham City as Bruce Wayne has retired from crimefighting. Under Bruce's guidance and training, the technologically-inclined Batsuit provides Terry the strength and skills needed to handle the challenge he faces as the Batman of the future!Sideshow...