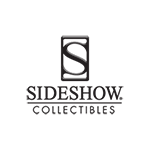 By buying this product you can collect up to 564 points. Your cart will total 564 points that can be converted into a voucher of £5.64.

Mortis Knight Osseil was once determined to solve an impossible equation to save the Underworld, but the corrupting force of the dreadsgrip offered a deceptively simple solution: sacrifice. In his weakness, he fell for the dreadsgrip's deceit and gave in to his darker nature. He betrayed the knighthood and became Oathbreaker Strÿfe, taking his name in mockery of the Stryfehall, also called Mortiss-Veth, where he first trained to become a knight. Now, every sadistic sacrifice he makes is to build his twisted vision of the perfect Underworld.

"The dreadsgrip is an energy, just like etherea," explained Tom Gilliland, creator of Court of the Dead. "But when a mourner's etherea becomes tainted with thoughts of power, destruction, greed, or malice, the dreadsgrip takes its hold. It has a purple stain to it, representing that it is a spoiled power, unlike the more pure blue of etherea. This Oathbreaker figure exemplifies the parasitic nature of the mourner's struggle, as Strÿfe is literally consumed by his own darkness."

The Oathbreaker Strÿfe: Fallen Mortis Knight Premium Format Figure stands 23" tall, with striking sculpture and paint throughout, setting a new standard for the visual storytelling of the Underworld. Dreadsgrip seeps through this fully sculpted horror collectible and every inch has been considered in exquisite detail- faces, flames, and other meaningful ornate elements bring this terrifying character to (after)life.The base of the figure bears the mark of all Mortis Knights, a four winged angel, but the platform has shifted and cracked like tectonic plates, symbolizing the breaking of that sacred oath. Hints of teal ethera darken to the dreadsgrip's deep purple at Strÿfe's right foot, snaking beneath his rusting and deteriorating armor, crawling to his very core. Corruption has eaten away at his mind and body, leaving a hole in the center of the Oathbreaker Strÿfe: Fallen Mortis Knight Premium Format Figure where his ribs are torn asunder to reveal a skeletal visage in his back cavity.Gilliland worked very closely with painter Casey Love to tell this tragic story through the colors of this piece. "The dreadsgrip corrupts whatever it touches. The patina evokes the classic ethereal blues and greens seen on many of the Court of the Dead characters, but the orange stains of rust reveal that even his armor is corroded and tainted just like him."From out of his rusted armor, violet rage plumes like fire at his head and from behind his helm Strÿfe smiles, eager to do the dreadsgrip's bidding. He tightens his hold on the Raker's Scrape- this weapon may have once had a loftier title prior to Osseil's fall, but like him, the axe broke faith, and through a new name appeals to its more destructive attitude.

Sideshow Collectibles
SS300399
£644.99
Sideshow presents the Shieve: The Pathfinder Premium Format™ Figure. Shieve is a character from Sideshow's original dark fantasy horror property, the Court of the Dead. Shieve has fastened a rope around her goat horns in order to rest a secondary jaw beneath her goat skull. Gnarled horns and mangled ribs collected from many a creature line her back and...
View

SHIPPING NOW
Court of the Dead

Sideshow Collectibles
SS300396
£643.49 £779.99
Sideshow is proud to introduce Death: Master of the Underworld, an original character design from our Court of the Dead Premium Format™ figure collection. "The light will forcefully define you. While in darkness, anything is possible." Death is feared in the Mortal Realm as the grim reaper of souls. While it is true that he ushers soulborn along to...

ThreeZero
3Z02010W0
£334.99
"Only Death and his Court of the Dead can save us from the savage war between Heaven and Hell that is eating up the souls of mankind. "Based on an all-original design by Sideshow, threezero are proud to introduce the 1/6 Demithyle fully articulated figure from Court of the Dead.Demithyle stands approximately 16 inches (40.6 cm) tall with 35 points of...

ThreeZero
3Z02170W0
£279.99
"Only Death and his Court of the Dead can save us from the savage war between Heaven and Hell that is eating up the souls of mankind. "Based on an all-original design by Sideshow, threezero are proud to introduce the 1/6 Malavestros fully-articulated figure from Court of the Dead.Malavestros stands approximately 10 inches (~26 cm) tall with 22 points of...

Sideshow Collectibles
SS3003952
£689.99
Sideshow presents the Oglavaeil: Dreadsbane Enforcer Premium Format™ Variant Figure, the latest addition to our original Court of the Dead collection. The Dreadsbane Enforcer is a unique shadow variant of one of our most popular and sold-out Premium Format™ figures, Oglavaeil: The Executioner.Can you walk the line between creation and destruction? Can...
View

Sideshow Collectibles
SS300498
£714.99
Sideshow presents the Ellianastis: The Great Oracle Premium Format Figure. Ellianastis acts as the leader of the Spirit Faction, and as a mentor of Kier, Death's First Sword.Ellianastis invites mourners to focus on what is truly important-not the warring ideologies of Flesh or Bone, but instead what brings all beings together. Ellianastis spends most...
View

Item is In Stock and available to ship to you immediately

Items not yet released or awaiting restock are considered pre-orders.

Please treat dates as a guide only as they can move forward & Back for many reasons.

Dates are checked each week and so reflect the absolute latest date that we have been given. You can view the latest ETA in the product details tab.

WE HAVE NO CONTROL OVER DATES

We offer a partial payment option for almost all pre-order items allowing you to purchase the item with a deposit and then a small monthly payment.

The partial payment is timed to coincide with the item release [at time of publishing] so that once the item releases you should not have any or very few payments remaining.

A Partial Payment How to can be found here

Partial Payment is a monthly payment option. Please ensure you maintain your payments each month.

Today the couriers have changed the rules on what they will ship to the EU. Until further notice we can only ship items that have a minimum value of £150 (excl taxes and shipping costs) - If you see a 'Courier not available' message as you check out, this will be the reason. One or more of your cart items are valued less than £150.00. This change is linked to an EU rule change on TAX allowances on imports.