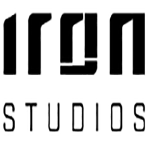 By buying this product you can collect up to 249 points. Your cart will total 249 points that can be converted into a voucher of £2.49.

After the success of the Batman film of the year 1989, which marked the 50th anniversary of the debut of the Batman, a sequel was inevitable, so in 1992, again under the direction of Tim Burton and Michael Keaton as Bruce Wayne / Batman, the film "Batman Returns" brought the Dark Knight back to theatres, thus creating his first film franchise. In this sequel Gotham's night protector faces Max Shreck (Christopher Walken), a corrupt tycoon, the enigmatic Catwoman played by Michelle Pfeiffer, and the fearsome Penguin, by Danny DeVito, who seeks revenge against the society that rejected him. A success among fans and critics, it was nominated for two Oscars: Best Visual Effects and Best Makeup.The Polystone statue measures approx. 33 x 20 x 21 cm.

With his origins diverging from the comic books, Oswald Cobblepot, the Penguin, was born in Gotham's aristocracy of high society, but due to his deformities he is abandoned by his parents as a baby. Supposedly created as the attraction of a freak show, thirty-three years later he returns as the leader of the Red Triangle Circus Gang, looking for revenge. This version of him in this film is much more tragic and malevolent, compared to his original comic book version which is more comical, and according to Burton, it was inspired by the classic German horror film "Das Cabinet des Dr. Caligari", of 1920, and visually influenced his first version of the animated series Batman, by Bruce Timm and Paul Dini of the same year.With a sadistic smile, the villain lands with one of his special umbrellas, which contains a device that makes him spin like a propeller and makes him a type of flying artefact. Dressed in his formal attire, with a top hat and an overcoat in shades of black and gray, in this way Iron Studios presents his figure, represented in the " Penguin Deluxe Art Scale 1/10 - Batman Returns - Iron Studios" at the top of a diorama base, with the staircase in front of him, which takes him to his lair, where two of his pet penguins precede him, adorned with armour on his chests and carrying guided explosives, and just below his feet is his peculiar vehicle , floating duck, coming out of Gotham's icy underground river galleries. The villain is introduced to pair with the "Catwoman - Batman Returns - Art Scale 1/10" statue of the feline villain announced by Iron Studios (also available for Pre Order), in the line derived from this classic movie by Tim Burton. Tweeterhead
TWTH905810
£394.99
Sideshow and Tweeterhead present the newest addition from the Super Powers Collection of DC Maquettes- Darkseid! Darkseid is a member of an extraterrestrial race of deities known as the New Gods and is widely regarded as one of the DC universe's most powerful villains of all time. Standing at 21 inches tall, Darkseid is sculpted to menacing perfection... XM Studios
20634
£554.99
XM Studios is excited to present our next 1:6 DC Premium Collectibles DC Rebirth series statue, Reverse-Flash! Granted with powers and abilities similar to that of the Flash, the Reverse-Flash is unwavering in his determination to oppose and destroy all that’s important to the Flash. Immortalized in amazingly detailed 1:6 scale cold-cast porcelain, each...

DC Collectibles
DCCDEC190598
£99.99
Based on Frank Miller's design from the 1986 series The Dark Knight Returns, this armored Batman perfectly encapsulates the worn-out, dystopian vibe from the comics while showing the technological power Batman possesses in the story. This statue is a must for serious Batman collectors. Limited to 5,000 pieces and individually numbered. Statue measures...

Queen Studio
QS-CAR-AQUAMAN
£284.99
Cinemaquette is proud to present in conjunction with Queen Studios, the DC Cartoon Series Aquaman 1:3 Statue. Ruler of the aquatic kingdom of Atlantis and King of the Seven Seas, Aquaman can do more than "talk to fish". Blessed with super-strength, telepathic abilities and unrivalled fighting prowess, he's one of the most powerful DC Super Heroes.... DC Collectibles
DCCDEC180677
£79.99
Chrissie Zullo was discovered via the DC Comics Talent Search a decade ago. Since then Chrissie has worked in all facets of the industry, doing work on interiors, covers and variants for multiple titles and publishers. Created with a dreamlike, fairy-tale aesthetic, her work is modern in both origin (she uses both analog and digital tools in her work)...

Hot Toys
HOT906232
£284.99
Begins as an episode before the events of Batman: Arkham Knight, Harley Quinn breaks into the overgrown Blüdhaven Police Department to recruit her partner in crime, Poison Ivy, to be part of Scarecrow's plan to destroy the B-Man. Sideshow and Hot Toys present the Harley Quinn Sixth Scale Collectible Figure with the new look mixed with goth and punk,...

DC Collectibles
DCCNOV190574
£99.99
Ever wondered what Harley Quinn would look like as Robin? Well, wonder no more with this adorable statue of Harley Quinn by Guillem March. Based on the Harley Quinn #58 cover in which Harley is seen protecting Gotham with Batman, we now can see what it would be like if Harley Quinn was Batman's partner in crime-fighting. Limited to 5,000 pieces and...

Item is In Stock and available to ship to you immediately

Items not yet released or awaiting restock are considered pre-orders.

We offer a partial payment option for almost all pre-order items allowing you to purchase the item with a deposit and then a small monthly payment.

The partial payment is timed to coincide with the item release [at time of publishing] so that once the item releases you should not have any or very few payments remaining.

A Partial Payment How to can be found here

We check dates every week and so the date showing on the item is the latest we have from the suppliers/distributors. The date offered should always be considered an estimate as there are many reasons why a date might change either forward or backward. We have no control at all over dates

The date will be displayed as a Q number: Q1 is January -March, Q2 April - June etc

Dates are shown above the product description (Just below the item reference number), in the 'Product Details' Tab and will also show in the partial payment section.